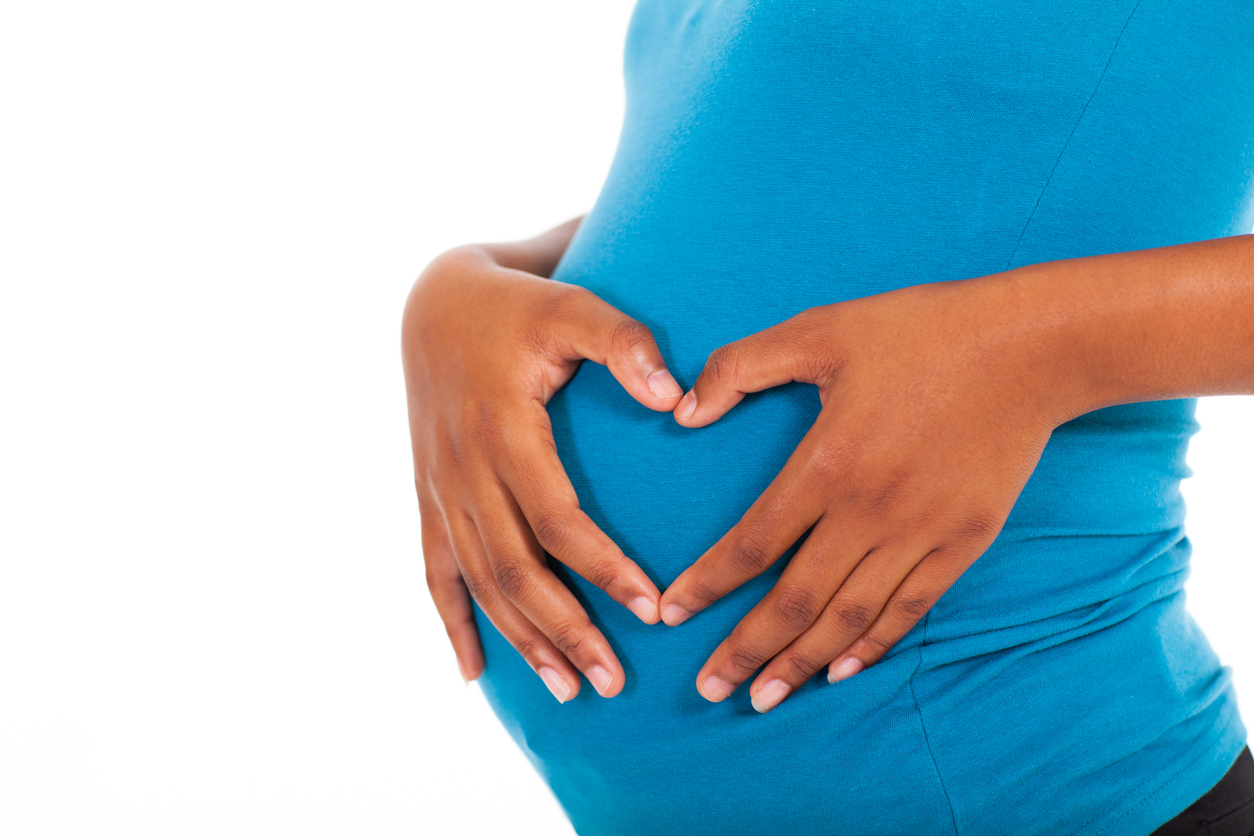 Posted at 14:20h in Recent News by Walkabout Health Products

Hundreds of recent studies show that vitamin K2 (MK-4), the “Activator-X” of Dr. Weston A. Price, (Onusic, 2017) is required in many life-sustaining and life-giving processes. The vitamin K2- menaquinone (MK) family has many members, MK-3 to MK-13 but only one appears as a food source, MK-4. However, it appears that all menaquinones are not interchangeable… and MK-4 is the only form that is not the product of bacterial synthesis. The body prefers and uses vitamin K2 in the form of menaquinone-4 (MK-4) in its many processes and this also includes pregnancy. MK-4 is found in the brain, pancreas, salivary glands, heart, kidneys, cartilage, sternum and in breast milk. The body prefers MK-4 as far as the fetus is concerned, over other available forms of vitamin K2. (Onusic, 2017) https://walkabouthealthproducts.com/emu-oil-dr-weston-price-activator-x/

Studies dating back to the late 1980’s – 1990’s show that Mother Nature chooses MK-4 for the unborn child every time, even when MK-7 from natto is readily available in the diet, and even present in the placenta. Japanese scientists divided a group of Japanese women into two groups: Group A, composed of women consuming a normal diet; and Group B, whose subjects ate a diet high in natto, a fermented soybean food which is high in menaquinone-7 (MK-7).

In one of the few studies ever conducted on the presence of vitamin K2 in the placenta and umbilical cord of newborn babies, Dr. Hidekazu Hiraike and his colleagues found that the placenta blocked MK-7 from passing into the fetus, acting as a natural evolutionary control mechanism. The researchers measured MK-4, MK-6, MK-7, as well as vitamin K1 in the placenta. However, they found that only the MK-4 and vitamin K1 passed into the child. (Hirakie et al., 1998).

Only Vitamin K2 MK-4 is utilized directly by the fetus.

Scientists who promote MK-7 say that it has a longer half-life and circulates longer in the plasma, therefore it is more bioavailable. Here is a true account of what actually happens in the body. Although high levels of MK-7 were circulating in the blood, none found its way into the fetus. It is also not found in any organ. Intestinal bacteria make it for their own use. Humans  absorb fat soluble vitamins in the small intestine where bile is required; they cannot absorb MK-7 made by bacteria in the colon.

Despite the high levels of MK-7 in the natto Group B, no MK-7 was found in the umbilical cord blood, meconium and amniotic fluid of any of the babies. However, MK-4 and vitamin K1 (both from food sources not injection) were found in the cord blood, meconium and amniotic fluid. It appeared that the placental tissues effectively blocked the passage of MK-7 while allowing MK-4 into the fetus.

In Dr. Hirake’s study, the MK-7 found in the pregnant women’s plasma and placenta was from their diet and not from an injection or supplement. Many supplements on the market contain vitamin K2 in the form of MK-7. MK-7 is also found in prenatal vitamins. Pregnant women taking a MK-7 supplement are unknowingly participating in a human experiment. The outcome of taking MK-7 by pregnant women is untested– no study has examined the effect of MK-7 from supplements on pregnant women and their unborn babies.

MK-4 and MK-7 do not substitute for one another. They are structurally different and are derived from different sources. No matter how much vitamin K-2 a pregnant woman takes in the form of a MK-7 supplement or natto, at least in this study, none of the MK-7 passed into the baby’s blood.

Can excess MK-7 harm the fetus?

Vitamin K2 in the form of the MK-4 is naturally found in foods and recognized by the body. MK-7, a patented form of vitamin K2, is now found in prenatal vitamins which some pregnant women take during their entire pregnancy.

Researchers promoting MK-7 have not investigated the concerns raised here regarding the safety of MK-7. In fact, in 2007, the FDA raised concerns about fetal death in experimental groups of rats, with the company NattoPharma who distributes MenaQ-7, when they were trying to attain GRAS (generally regarded as safe) status in the U.S. (GRAS petition, 2007)

The placenta is a circular organ attached to the uterine wall of pregnant women that protects, nourishes, and maintains the fetus through the umbilical cord. In a few studies, researchers concluded that MK-7 acts as a cofactor in forming osteocalcin that deposits calcium in bones. (Inaba, Sato, Yamashita, 2015) Excess calcification in the placenta could cause a decrease in blood supply, thus less oxygen, a condition called” small for gestational age” and other defects. If MK-7 is involved in creating vitamin K dependent proteins in the placenta, this process could result in an increase in osteocalcin, which does pass into the infant. The bones of the fetal skull are not fused yet so that the baby can pass easily through the birth canal. Could increased mineralization as a result of the osteocalcin, reach the bones and other tissues of the unborn? (Israels et al. 1995).

If the infant cannot use the MK-7 as shown in this study, why take the chance?

Safety of natto and MK-7

In the study described here the natto consumed by the women in Group B was a natural product. Bacillus subtilis is the bacteria that produces MK-7 in the soybeans. However, the amount of MK-7 which can be produced by the traditional natto fermentation process is limited –and the entire product is consumed, not just the bacterial product itself. The Bacillus group of bacteria is extremely large. Dr. H. Almquist, one of the discoverers of vitamin K2 that turned out to be MK-7, actually isolated it from decayed fishmeal.

To produce more MK-7 and deliver it in a supplement form, scientists have developed and patented alternative ways of growing large amounts of MK-7 from mutated forms of bacteria on a variety of substrates such as soy, chickpeas, mung bean, corn waste, and then extracting the bacteria from the substrate with toxins such as hexane. Almost all MK-7 supplements on sale are made by these methods. (Sato et al, 2001) One form of MK-7 is totally the product of genetic engineering, Kappa Bioscience, K2Vital (Moller et al. European Patent EP 2 819 928 B1).

Fermentation produces histamines, glutamate, and biogenic amines (Spano, 2010) that can cause allergic reactions after ingested. Soybeans, soy protein, and soy derivatives contain glutamate, as would natto. The food additive MSG, monosodium glutamate, is created by fermenting starch, corn sugar or molasses from sugarcane or sugar beets. This kind of glutamate production does not require disclosure by the USFDA. Too much of the excitotoxin, glutamate excites the neurons in the brain, causes anxiety, sleeplessness, headache, rash, etc., and even neuron death. (Science Direct) Excitotoxins: The Taste That Kills, by neurologist, Dr. Russell Blaylock, gives detailed information on the effects of glutamates on the brain.

But another piece of the MK-7 puzzle: the company that is one of the largest producers of MSG, selling it under the name “Ajinomoto Umami Super Seasoning,” https://bit.ly/2v4vawr, is Ajinomoto, now transformed into J-Oil Mills, the company that makes the “natural” form of MK-7 from natto-derived substances and distributed by NattoPharma as MenaQ7 (cision.com, 2007). In fact, the bioengineer Toshiro Sato, appears to be the main researcher employed by J-Oil Mills who developed the patented process to produce the “natural” MK-7, MenaQ7, (Sato et al, 2001) and author who collaborated with Dutch researchers on several occasions on research papers about MK-7 that are widely circulated and quoted. (Sato, Schurgers, 2012)

Quote: “Menaquinone-7 (MK-7) is a highly bioactive homologue of vitamin K. We obtained a diphenylamine-resistant mutant strain D200-41 from Bacillus subtilis strain MH-1 which was isolated from fermented soybeans, natto. The mutant strain exhibited decreased production of MK-6. Using strain D200-41, efficient production of MK-7 was achieved. We found that, compared with an agitated and aerated culture, production of MK-7 was increased by static culture. The sporulation of the cells progressed more slowly in a static culture than in an agitated culture. The maximum concentration of MK reached about 60 mg/l in a medium containing 10% soybean extract, 5% glycerol, 0.5% yeast extract and 0.05% K2HPO4 (pH 7.3) when D200-41 cells as well as MH-1 cells were statically cultured at 45°C for 5 d after being cultured with shaking at 37°C for 1 d.” (Sato et al, 2001)

Many sources state that vitamin K2 cannot become toxic, even when taken in high amounts. However, it is a fat-soluble vitamin and, like other fat-soluble vitamins, is stored in the body. Hypervitaminosis (high levels of a vitamin) has been documented with all the other fat-soluble vitamins, not from food sources, but from artificial supplements. Toxicity can be caused by intake of fortified foods (cereals, grain products, crackers, etc.) AS WELL but natural foods rarely deliver dangerous levels of fat-soluble vitamins (Sizer, 2008). Food products that contain higher levels of natural pre-formed vitamin K2 MK-4, like Australian emu oil (Walkabout Brand), butter, ghee, and egg yolk, are naturally found in a food matrix, unlike MK-7, a single isolate supplement produced by a fermentation process.