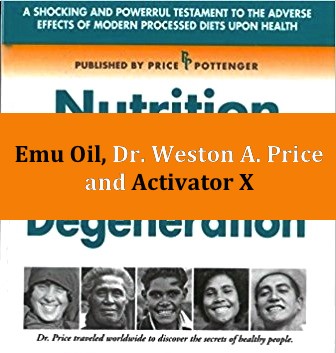 Posted at 16:18h in Recent News by Walkabout Health Products

In the book, Nutrition and Physical Degeneration: a comparison of primitive and modern diets and their effects (1939), the dentist Dr. Weston A. Price published a collection of his findings–documenting by word and photograph– the excellent health among native populations he met on his world travels. 1

Although the native diets he studied varied greatly from one another, they supplied the people with a generous quantities of specific fat-soluble vitamins which Dr. Price called “activating factors,” now known as necessary for utilization of nutrients in foods.  These factors were low or deficient in the dietaries of many animals and individuals he observed in the U.S.  In his time, Dr. Price was familiar with the fat-soluble vitamins A, D2 and D3, which were discovered by the “vitamin hunters”–nutrition pioneers in the early part of the 20th century. 2

When he first encountered the groups of native peoples he studied they were hunting, fishing, growing crops, foraging and thus eating traditional diets.  But on return trips he found that missionaries, traders and merchants had introduced tea, white flour, sugar and canned foods (which Dr. Price referred to as “products of modern commerce”). The natives subsequently developed multiple dental caries, jaw deformities, and infectious diseases, sometimes within one generation. The new “foods” were lacking in the precious “activating factors.” Price especially noted the deformations in the facial structure and dental arches, which could obstruct breathing, and not allow enough space for teeth, or even the brain. 3

In the 1945 edition of his book, Dr. Price included additional materials, and devoted Chapter 22 to a “new vitamin-like activator” he found in butter oil, which he referred to as “Activator X.” He used the butter oil liberally, along with small amounts of cod liver oil and a healthy diet to improve the health of his patients, to boost their immunity against dental cavities. Dr. Price also wrote about re-mineralizing teeth in patients with dental caries and improvement in facial structure. 4   “Activator X,” in tandem with cholesterol and the Sonic Hedgehog protein (SHH),5 are required for proper facial development during embryonic development. 6

Dr. Price concluded that butter, which was produced from rapidly growing grass in the spring, had higher “Activator X” levels than butter produced during the rest of the year. What he may not have known is that green grass contained vitamin K1 as part of the electron transport chain in photosynthesis.7 We now know that vitamin K1 is damaged by light 8 and this may explain why early grass was a better source of vitamin K1 than grasses later in the season.

How did the grass get into his butter? In Dr. Price’s time, cows were usually raised spring through fall on pasture. The cows were not eating natto, but transformed the pasture into milk, and supposedly along with it the K1 in the grass into MK-4 (menaquinone-4). MK-4 is from the family of activators consisting of menaquinones, MK-4 to MK-13, which are collectively referred to as vitamin K-2.   MK-4 is the only member of this family NOT produced by bacterial fermentation.  Current lab analysis by Vita K Laboratories in Netherlands shows that the “Activator X” in Dr. Price’s butter oil was MK-4. No other MK-s are present in butter oil. 9

Comparatively speaking, even though cow milk contains very little MK-4, butter contains a much higher amount. The MK-4 content increases even more when the butter is prepared as “butter oil” or ghee (Table 1.) with the milk solids skimmed off.  Although Dr. Price made no connection between the green grass and vitamin K1, or “Activator X” and any known vitamin, it was later posited to be vitamin K210 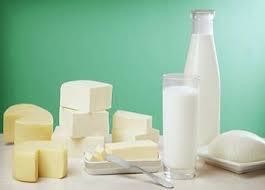 What is the Best Source of Vitamin K2 MK-4?

MK-4 is found in small amounts in animal foods, such as butter, cheese, and organ meats. Geese (goose liver, goose meat) and ducks (fat) contain higher amounts of MK-4 than land animals11,13 (Table 2).  But the highest amount of MK-4 (per gram) in foods is found in Walkabout emu oil, the emu oil produced in Australia.14 However, not all emu oil is created equal: lab testing of two other emu oils produced in the U.S. by Craft Technologies in Wilson, NC, showed they contained no vitamin K2 MK-4.15 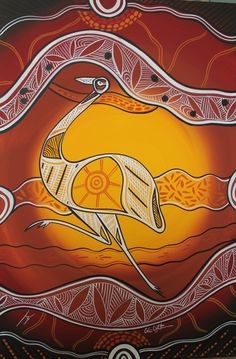 The emu is a large omnivorous bird and eats plants, bushes, berries, seeds and grasses, as well as mice, snakes, insects, or any other savory creatures that dare venture too close.  Because of such a varied diet, the meat and fat of the emu are composed of a wide range of fats, vitamins, minerals and other nutrients. 19

Walkabout emu oil is a unique natural food matrix.  In addition to containing MK-4 (vitamin K-2) it also contains vitamins K1, A, E, D, carotenoids, CLA (conjugated linoleic acid), polyphenols and other substances.20   The fatty acids are predominantly monounsaturated fats, along with a small amount of saturated and polyunsaturated fats.21

Walkabout emu oil is available at Walkabout Health Products in capsules and liquid for internal use, and in a liquid for topical use.22 Each one-gram capsule provides on average 5,575 nanograms per gram (ng/g) of MK-4, 21 which means that two capsules in the morning, afternoon, and evening (recommended dose for heart health) would provide on average 34,650 ng/g per day– the highest source of MK-4 available.23  In a natural food matrix, MK-4 is non-toxic and proven safe. But the other best-known Vitamin K2, MK-7, is not tolerated well by everyone and, as described in the comments to the Ultimate Vitamin – K2 Resource, an “MK-7 sensitivity” can cause insomnia, anxiety, and rapid heartbeat in certain individuals, which abates a short time after the supplement is stopped (http://bit.ly/2vGpXKl).

Why is MK-4 Paramount to Our Health?

In humans, MK-4 is found in abundant amounts in the human salivary glands of the mouth, the sternum, pancreas, arteries and veins, the brain, the testes, the placenta and placental artery, in the cornea of the eye, and breast milk, where it is needed to perform various physiological and metabolic functions. 24

Although virtually neglected for years, research on the vitamin K2 family has exploded in the last decade. Scientists now know that MK-4 is the most important of the MK’s and is responsible for many life-sustaining processes. It is the bioactive form of the vitamin at work on the genetic and metabolic level. 25

Not only does MK-4 act as a co-factor in the cellular production of energy in the electron transport chain in the mitochondria, 26 but also as a co-factor in activating “vitamin K-dependent proteins” for blood clotting, bone development (directing calcium into the bone), keeping arteries calcium free, hardening tooth enamel, reproduction, maintaining the integrity of skin, and “even survival itself.” 27

“For reducing fractures, the research overwhelming supports the MK-4 form of vitamin K2 in the dose of 45 mg/day (dosage based on synthetic MK-4). Only MK-4 has demonstrated the ability to decrease fractures, the most relevant end point in randomized, controlled clinical trials. MK-7 has never been shown in any studies to reduce fractures.” 28

In the brain MK-4 is necessary for the formation of sphingomyelin and in the cognition process.29  During pregnancy it is needed to prevent calcification of the placenta and placental arteries. 30 MK-4 regulates the genes of bone by activating the steroid and xenobiotic receptor (SXR). 31 In addition to its role as cofactor, emu oil complex is highly anti-inflammatory inside the body as well as out.32  Including a whole-food product like Walkabout emu oil to your daily routine, which is not the result of chemical patents but Nature’s loving beneficence, would be a big step towards increasing your total level of wellness.

Conflict of Interest statement:   The author does not have any financial affiliation with Walkabout Health Products, nor is an employee.  Her opinions expressed in this article are her own and based on research and personal experience.

Walkabout Emu Oil is a family business. You can order Walkabout Emu oil from the owners, Elizabeth and Will Schlinsog:

NOTE: For studies cited from Pub Med, the National Library of Medicine website, only the DOI or the PMID number for that reference will be given here, which can then be pasted and copied into your browser to obtain the full reference; the same procedure applies for the ISBN book designator numbers.